skip to main | skip to sidebar

A warm welcome from Dhela and Patta 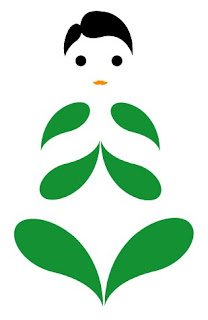 This blog is based on the series of graphics done by me over a period of time using just two elements. The elements are named after the Indian folk tale - Dhela aur Patta.
The story is about friendship and mutual cooperation told in a very simple way. Many people have told the same thing in different ways i.e. Dosti movie by Satyan Bose. This series is my way of spreading the same message via these graphic elements which are complementing each other to create a beautiful world of their own.
The Story
Once upon a time there were two friends, named Dhela and Patta. Dhela was made of mud and Patta was a Leaf. Dhela being heavier was very lazy and sluggish in everything he did. The patta being light weight was very fast in everything he does. He used to travel a lot and was very much aware of surrounding. The patta was very proud of himself and used to make fun of the dhela. The dhela was very upset about patta's behaviour but could not do anything as that was the way god has made him.
One day there was change in weather and strong wind started to blow everything away. The voilent winds were making it difficult for the patta to remain grounded. Patta was very scared to be blown away by the windstorm. Dhela was not worried much as he has no threat from the strong winds.
But when he heard Patta shouting for help he moved quickly and sit on Patta so that winds could not blow him away. Patta was very happy and was feeling sorry for being so rude to Dhela and never realizing the potential of his friend Dhela. The wind storm had almost passed when it suddenly started to rain. It was Dhela's turn now to get scared and he was afraid to get washed away by the rain water. But patta was quick to realise that his friend was in need and he asked Dhela to move so that he can cover him. This way Patta covered his friend so that he does not get wet.
And then they lived happily ever after :)
Posted by pradeep at 8:40 AM

pradeep
I am a Communication Designer with five year experience in this field ranging from Exhibition design, Corporate Identity, Online Advertising,Print and User Interface Design. I am a graduate from IIT Guwahati with a Bachelor in Design with majors in Communication Design.